How to Build Habits for a Bright Future? 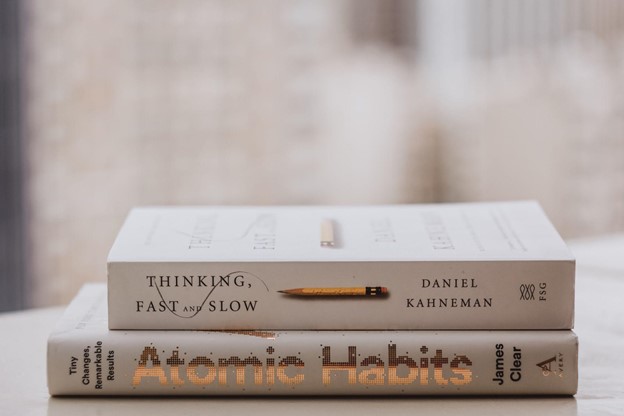 We are what we repeatedly do. There are times when it’s not as simple as we’d like to believe.

If our habits are good or unhealthy, they can either make us happy or miserable. Optimistic or pessimistic. Tired or rest, depending on the situation. It doesn’t matter if you’re strong or weak. The influence of habit extends far and wide.

Our attitudes, behaviors, and ability to make decisions are all shaped by our habits. Everything in our lives is impacted by them.

To establish good habits, we first need to understand what habits are and how they are formed. We also need to know how to prevent making mistakes.

Let’s take a look at the science and art on how to build habits for a bright future, and see what you can do right now to get started.

How Are Habits Formed?

Behaviors can become habitual through the process of habit formation. It can be a planned event or something that just happens.

As a child, you probably learned to wash your hands. Washing your hands became second nature after a while. Not intentionally, but after a long period of practice.

Having a glass of water instead of a glass of wine at night is deliberate. Decaffeinated coffee is an excellent substitute for regular coffee in the morning.

Keeping in mind the habit-forming process, it is important to remember that it is not a one-time occurrence. When you’re living, you’re in a constant loop of self-reinforcing thoughts and feelings. As a result, we’ve reached the habit loop.

According to Charles Duhigg, author of “The Power of Habit,” a psychological pattern referred to as the “habit loop” is at the root of every long-lasting habit.

In the habit loop, there is a four-step progression that all habits follow. The order of the four stages is always the same:

In order to find out where the rewards are, your mind constantly scans your surroundings for clues. Your reward, whether financial or romantic, is just around the corner, and you’ll know it when you see the cue. Taking this step causes your brain to begin a new habit.

As soon as you get the signal, you’ll automatically go on to crave the reward you’re about to receive.

It is the need to fulfill the want that drives all of our habits. You have a purpose to act because of them. While the habit itself is what you crave, the change in state it provides is what you’re really after.

There is a sense of calm that comes with a glass of wine. Wearing a seatbelt gives you a sense of security.

You crave food because you want to feel better about yourself.

Habit dictates how you’ll react. Thoughts or deeds are two ways to express it. How you respond depends on your level of motivation and the difficulty of the task at hand.

You won’t perform an action if it necessitates more effort than you’re prepared to put in.

All habits are motivated by the desire to receive a reward at some point in the future. To get what you want, you need to know what you’re going to get first.

As an illustration, imagine you’re out and about in town and happen upon a bakery. The bakery would serve as a signal. An example of a chocolate cake yearning might be. Going inside to order and eat a slice of cake would be the natural answer.

To satisfy our desires and educate us on which acts we should remember in the future, we seek rewards in two different ways.

How Long Does it Take to form A habit?

It takes an average of 66 days to form new habits, according to a 2009 study conducted by academics at University College London.

However, a large part of how long it took was due to the person’s habitual behavior (between 18 and 254 days).

It’s important to remember that some habits are more difficult to establish than others.

When it comes to quitting caffeine, green tea may be a more convenient alternative than giving it up completely. In addition, substituting nicotine with hard candy may take longer than using nicotine patches.

It all comes down to how motivated you are and how much work it takes to carry out a particular action.

How to Build Habits?

Remove the sources of stress.

In order to break undesirable habits, you need to identify the people, places, and activities that you associate with them. If this is the case, you should alter your conduct toward them.

Avoid shopping malls, for example, if you’re a compulsive shopper. If you’re trying to kick the habit, don’t join your friends outdoors for a cigarette break.

It’s possible that long-term stress can lead to bad behavior. Keeping your stress levels in check is the best way to avoid triggering events.

It’s important to remember that desires arise from a desire to alter your interior condition. This means that you can lessen your cravings by figuring out how you want to feel and then acting accordingly. Use a more healthy method to attain the same effect.

Take a bath instead of smoking if you’re looking to unwind. Eat a banana instead of a third cup of coffee if you’re feeling low on energy.

Make it harder to develop a bad habit

Only habits that are easy to carry out can be formed. You won’t be able to perform the activity if you make it difficult for yourself. For example, if you have a poor tendency of staying up late, try starting your day early.

There are times when staying up late is not an option since you know you will be weary and operating on a few hours of sleep.

Find the root of the problem

One of the best methods to change your negative habits is to find the root of them. Perhaps you’ll learn that you use food as a coping mechanism when you’re stressed.

Knowing that your habit stems from a lack of coping skills, you can take better care of your mental health. Stress management techniques such as mindful breathing can be used as part of a self-care regimen.

Make healthy habits a part of your daily routine

Establishing healthy habits comes down to making the right choices in terms of one’s daily routine. In addition, adjusting your daily routine is one of the most effective strategies to alter your lifestyle. Make a schedule for your day and include healthy habits where you can.

When you first wake up in the morning, for example, eat a vegetable and a fruit. Take a snooze during your lunch break to recharge. In the evenings, go for a peaceful stroll. The practices you select should be both practical and healthy.

Replace a negative habit with a good one

Changing a habit can be as simple as replacing an old one with a new, more beneficial one. Even a baked cinnamon apple can be an alternative to dessert every night. Replace your glass of wine with a glass of sparkling water instead.