Life Hacks to Use Superfoods in your Meals 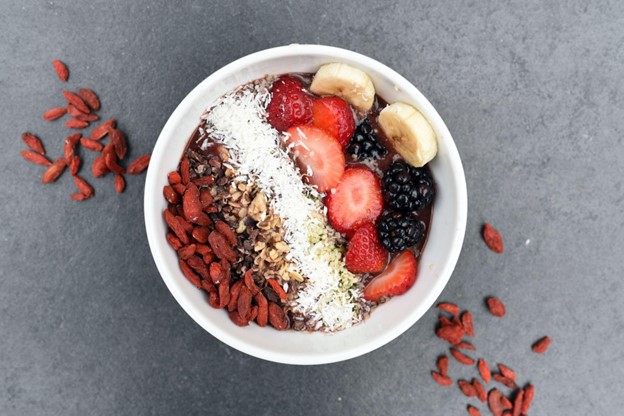 Life Hacks to Use Superfoods in your Meals

There is a “good,” “better,” and “best” way to do just about anything, and eating your superfoods is no different.

But before we dive into that, it could be helpful to take stock of where we are and how far we’ve come on the road to health. You should be proud of yourself if you’ve been trying to up your superfood intake to improve your health.

If you haven’t yet delved into the world of superfoods but are beginning to wonder if I’m referring to Superman’s diet, have no fear; you’re about to learn a few superfood hacks that other people spend years mastering.

Here, I’ll go over how to get the most out of three of my favorite superfoods by preparing them in ways that maximize the benefits you’ll reap from eating them, with an eye toward both traditional methods and the latest scientific findings.

What is a Superfood and what are the Examples of Superfoods?

While the term “superfood” has gained widespread use in recent years, the concept of a nutrient-rich food being considered “super” is not new.

Thousands of years before they started showing up in pretty packaging at your local Whole Foods, most so-called superfoods were already being used by indigenous cultures. Let us consider the Goji berry as an illustration.

Even though an eight-ounce bag of dried Goji will set you back around $18 at your neighborhood health food store and, yes, they are a great addition to any trail mix, perhaps we can learn something about the best way to consume Goji by looking at how it has traditionally been prepared and what science has shown.

Goji, also known as Wolfberry, has been used for medicinal purposes in China for over two thousand years and is considered a top tonic herb in Traditional Chinese Medicine (TCM).

Dried Goji is now widely consumed as a popular and tasty snack and used as a healing supplement all over the world.

In China, Goji berries are most commonly consumed as a decoction in the form of tea, either on their own or in combination with other herbs.

The Goji berries can be made into a decoction by first crushing them with a mortar and pestle to make a sticky paste, and then boiling the paste to extract all of the beneficial nutrients into the water.

Here’s where the science comes in: polysaccharides are a type of molecule that give Goji its superpowers. Evidence suggests that these polysaccharides have anti-tumor properties, fight free radicals, and help strengthen the immune system in their own special way.

That means that Goji tea does not provide us with all of the health benefits associated with consuming berries. Now, the arrival of Goji Milk Tea.

Milk alternatives like coconut, hemp, and almond milk work just as well as regular milk when preparing Goji Milk. What really matters is that it has fats in it, so we can extract the oil-soluble nutrients from this amazing super berry.

Flaxseed, which is rich in omega-3 fatty acids, lignans, and fiber, can be used as a topping for cereal, pancakes, smoothies, or even a grain served at lunch.

Whether or not flaxseed’s purported ability to ward off cancer and cardiovascular disease is grounded in science is a topic I’ll leave to the experts in the field, but there’s no denying that the high fiber content of flaxseed aids in the body’s natural detoxification processes.

Add Goji Berries to Your Meals

Goji berries are another simple superfood that packs a nutritional punch thanks to their high levels of plant-based polyphenolic antioxidants; carotenoids like beta-carotene, zeaxanthin, lutein, beta-cryptoxanthin, and lycopene; vitamins C, B1, B2, and niacin; more than 30 essential and trace minerals like zinc, iron, copper, calcium, selenium, and phosphorus; polysaccharides;

You can now find goji berries in the supermarket; sprinkle some on your breakfast cereal or pick up a protein bar with goji berries as an ingredient for a nutritious pick-me-up.

Vegetables like greens and other vegetables, and sometimes mushrooms, are frequently added. Add a scoop to your favorite beverage (like orange juice in the morning) and you’ll be well on your way to improved health and a stronger immune system in no time.

Read the labels carefully because the prices of these powdered green drink mixes can vary greatly.

Filler ingredients and lower nutritional density are common in the less expensive mixes. Instead of going with the cheapest option just to get your feet wet, take 5 minutes to do some research.

These tiny seeds, like flaxseed, are a good source of omega-3 fatty acids and other nutrients like vitamins A, B, E, and D and minerals like calcium, copper, iron, magnesium, manganese, molybdenum, niacin, phosphorous, potassium, silicon, sodium, sulfur, thiamine, and zinc. In addition, chia seeds have a high proportion of protein and fiber.

You can easily incorporate chia seeds into your diet by adding them to your favorite foods, such as yogurt, salads, smoothies, or chia pudding (if you have 5 minutes to spare in the morning).

It’s easy to incorporate chocolate into your diet or switch to raw chocolate bars because chocolate is delicious (and tastes even richer than regular chocolate).